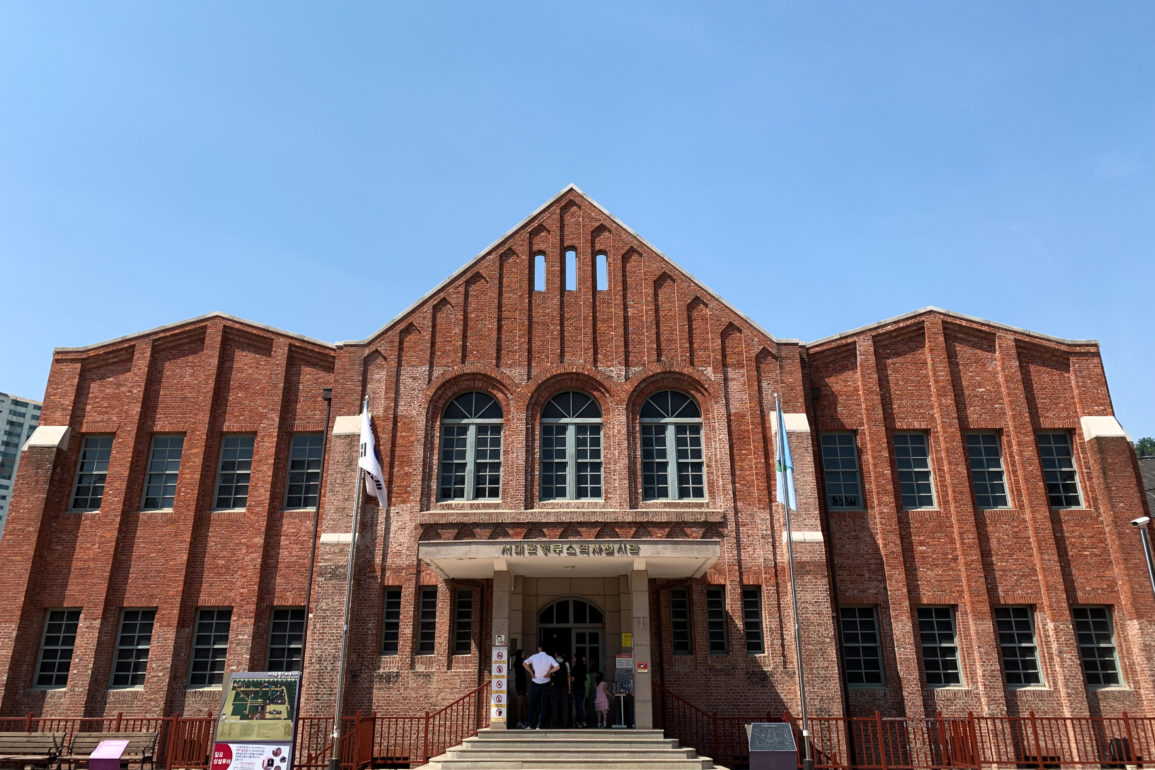 For Korea, its history is often mixed with China and Japan. After multiple invasion throughout its dynasties, the country tried (and is still trying) its best to create its own history, culture, language and personality. But the past isn’t forgotten, nor should it ever be. The Japanese occupation during the 19th century is still fresh in the memory of the eldest and the younger are learning about it as they grow up.

One of the testament of this dark period for the Korean people is in the heart of its capital, Seoul. Now named the Seodaemun Prison History Hall, this museum was originally a prison built by the Japanese to incarcerate Korean activists from 1907. Opened under the name Gyeongseong Gamok (the name of Seoul during the occupation and Gamok meaning jail in Korean), it had only one purpose: detain and torture Korean who would fight back against the occupation. From an initial 500 people occupation limit, almost 3000 prisoners were locked up at Seodaemun around the 1st March Independence Movement of 1919. It was the biggest jail in the country.

What’s interesting in this visit is that we learn a lot through official papers, pictures and objects on how the independence movement operated. After the official annexation of the country by the Japanese in 1910, the independence movement was launched both in Korea and abroad (mostly in China) while Japan tried to annihilate Korean culture and language (as of today, some of the oldest Korean can’t read Hangul, the Korean alphabet, as they were taught Japanese only when they were kids). But we also learn a lot about what was going on inside the prison during that time: schedule of prisoners, their meals, their activities and of course, the condition they were detained.

A part of the visit was tough and at the same time very weird for me. Their few rooms were you can see dummies to replicate what kind of torture was used there. But you can also “experience” it for yourself: there’s a box full of nails (protected of course) were prisoners were put in and the box was shaken until the pain was too hard to deal with. There were tall cages were prisoners were put in, the cages were made so the prisoner could really stand but couldn’t sit as well. So, all these things were pretty awful to me but I visited during peak times and the museum was full of children and families and they had no problem trying these torture devices, taking selfies and laughing while doing it. I didn’t stay there long as I was uncomfortable with this display.

One of the rooms is entirely used to acknowledge the resistants and to show their faces and names to the public. More than 5000 records were kept and it shows that people from every background, age and sex were fighting against the occupation.

This is a tough visit but it’s a necessary one to better understand the history of these two countries, their past and how it affects their relations today. I learned a lot about Korea during the Japanese occupation, its hardship and how they fought back (peacefully or not) and the fact that the museum is the former jail brings a lot of emotion. But despite the horror inside the wall, the visit the museum is surprisingly nice, as in the middle of a park and during a sunny day it’s very pleasant to stroll around. There’s even a lotus pound between two building, showing us that even in the most inhospitable environment, something beautiful can grow. Let’s hope that this generation will learn from the past and don’t repeat the same mistakes so that peace can reign for a long time.

To go there: Stop at Dongnimmun Station exit 5 (line 3).